Ya Boy Kongming! is a surprise hit anime that combines two seemingly disparate elements: the wisdom of Kongming, a military
strategist from the Three Kingdoms period, and the struggles of Eiko, an aspiring singer in modern-day Japan.
ANN talked to director Osamu Honma about how he brought Yuto Yotsuba and Ryō Ogawa‘s manga to life, the
challenges of creating a music-themed anime, and the opening theme video which became a viral sensation. 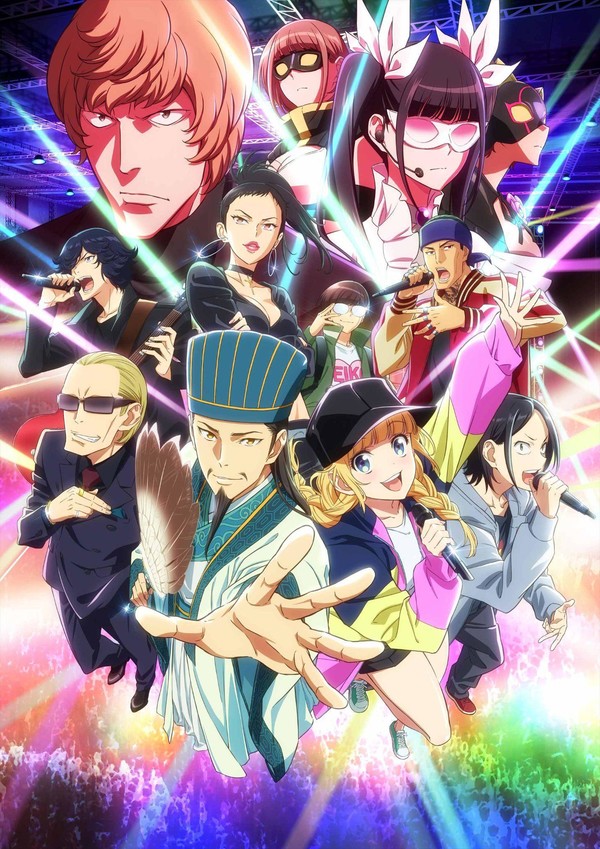 What was your first impression of the manga?

OSAMU HONMA: I thought it was a really interesting manga that balances music and The Romance of the Three Kingdoms, as well as comedy and seriousness.

How much research did you do about The Romance of the Three Kingdoms and Japan’s indie music scene?

HONMA: I was familiar with The Romance of the Three Kingdoms through the manga, novels, and games I’d consumed as a student, but when combining it with music, I got a lot of help from the production committee team.

How well-known is The Romance of the Three Kingdoms in Japan? How did you try to convey Kongming’s character and his strategies in a way that can be understood widely by audiences?

HONMA: The overall story told in the classic literary work The Romance of the Three Kingdoms is widely familiar in Japan due to the influence of manga and games. Throughout history, it was also apparently well-known through ukiyo-e woodblock prints from the Edo period. The manga thoroughly depicts Kongming’s character and stratagems, so I took care to recreate those aspects faithfully. I also made sure to express things in a way that wouldn’t feel off-putting or unpleasant from my own perspective, as someone who was really into popular interpretations of The Romance of the Three Kingdoms from my student years.

What kind of challenges did you encounter when creating a music-themed anime?

HONMA: When it’s time to play a song that fits within the TV length, I’m careful to find the right balance in terms of how long it takes so that it feels good to the audience. Because we also generally produce animation for the singing and rapping scenes, it was also difficult to figure out how to allocate our animator resources across all 12 episodes.

For Eiko’s performance scenes, we strove not to portray anime-like exaggerations more than necessary. Instead, we tried to give the visual presentation a sense of reality. I hope that you can get a feel for the venue’s atmosphere through the visuals.

Also, there was a lot of trial-and-error involved when it came to expressing the changing emotions of the characters during the songs in order to prevent the story from coming to a standstill.

What inspired the musical and artistic choices in the OP, and how do you feel about the video going viral
online?

HONMA: The song was largely Avex’s doing. Although I do remember asking for a catchy song that was a bit silly and cheesy. The visuals also have a lot of 10GAUGE‘s sensibilities in them. I asked for something comical and fun, using Bruno Mars music videos as a reference.

The OP got a bigger reaction than I was expecting. I hope that it entices people to check out the anime itself.

What sort of voice performances were you looking for from Kaede Hondo and Ryotaro Okiayu?

HONMA: I had high hopes for Hondo’s guileless appeal, so I asked that she not perform like your typical cute anime girl. Also, she has a lot of variations in terms of how she performs the gags, so I asked her to experiment with her reactions every time.

For Okiayu, I was looking for a shrewd character who is also able to take the long view of things. Kongming is a person who has already carried out his life’s purpose once before. Because he is merely one speck in a supporting role to Eiko, I asked Okiayu not to act like a teacher.

How did you decide on 96Neko as Eiko’s singing voice?

HONMA: Because I only chose a voice actor to do the acting, I came up with a plan to make the singing role a different person. Avex recommended 96Neko on the basis that she could sing while also taking the characterization into account.

Ya Boy Kongming! has been receiving a very positive reception among western audiences too. Do you have a message for the overseas viewers?

HONMA: I am delighted that people around the world are enjoying it. I hope you can watch it when you’re feeling worn out, when you want to cheer up, and when you want to have even more fun.