Light novel fans can be hard to please when it comes to anime adaptations, which is only understandable when so many shows have mediocre production values at best. Due to length constraints, it’s also common for adaptations to cut scenes or only present the bare essentials for covering the plot.

While those usual complaints can be levied at Classroom of the Elite, the nature of its adaptation changes were on a different level. They involved character changes and rewrites, the kind of thing that’s heavily frowned upon among anime adaptations. In fact, the news that the series did end up getting a sequel anime with the same core staff at Lerche came as a genuine surprise to fans, considering the outcry against the first season and the poor home video sales.

So what exactly were the fans mad about, and is there anything to get worried about as the anime enters its second season? Here are the main points:

It’s a Lot of Waifu Stuff 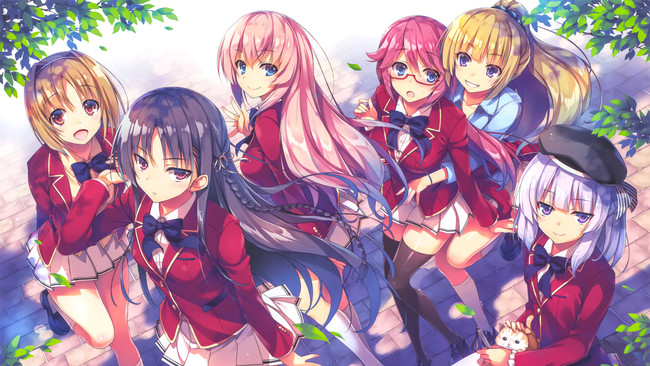 Nothing gets fans more heated than seeing their favorite girl get shafted. The Classroom of the Elite anime was chock-full of outrageous favoritism, as popular side characters found their roles diverted to poster girl Suzune Horikita.

Some of you might be thinking, “Isn’t this just griping?” But what you have to understand about Classroom of the Elite is that, from a holistic perspective, it’s an ensemble story. Horikita is not actually the main female character; she is simply the girl who gets the most attention at the beginning, as the extended cast slowly gets fleshed out around her.

One prominent example is the scene in episode 6, where protagonist Ayanokoji and Horikita threaten the students of class 1-C with fake surveillance camera footage. In the light novels, Ayanokoji actually did this with Honami Ichinose from class 1-B. This scene demonstrates her cunning and flexibility, as she supports class 1-D while maintaining a neutral stance in the dispute on the surface.

The change which caused the biggest uproar, however, was episode 7—the pool episode. From an anime viewer’s perspective, it’s easy to think of this episode as just a silly fanservice diversion, because that’s mainly what it is in the anime’s telling. In the light novels, however, the story takes place after the events of volume 4 (in the anime it’s slotted between volumes 2 and 3). Character relationships have changed by this point, and the actual meat of the story is about Ayanokoji seeing the vulnerable side of a different character. It is this character, instead of Horikita, who pulls Ayanokoji into the pool at the end. 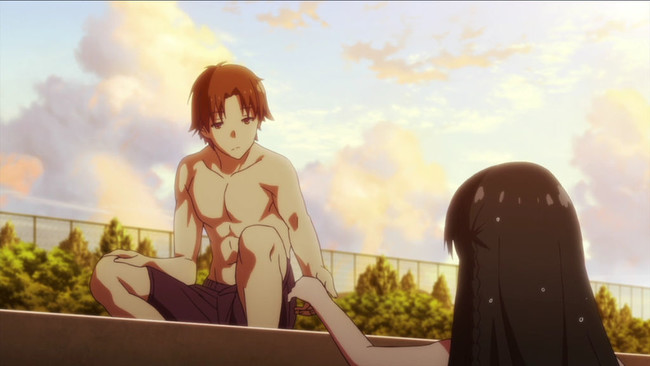 Stripped of its original heart and context, light novel fans regarded this episode as worse than filler—because filler at least adds something to the original story. Although the anime doesn’t necessarily break continuity with the light novels entirely, it will take some creative rewriting to incorporate that character moment back into the story, assuming it gets added back in at all.

On a certain level, it makes sense that Horikita would get the lion’s share of the attention in the anime. With no guarantee of a sequel at the initial time of production, there’s merit in reframing the source material slightly to make it more appreciable as a standalone story. The adaptation alterations don’t change the fact that the first three volumes of the novels are mainly about Horikita’s character arc.

The most frustrating thing about the anime’s approach, however, is that it is contradictory. If the idea was to downplay the foreshadowing and easter eggs for future volumes for the sake of standalone storytelling, why bother including Arisu Sakayanagi (the short girl with the white hair and beret) at all? She’s even in the OP animation, despite the fact that she doesn’t actually get any speaking roles in the first three volumes of the light novel. Kakeru Ryuen, the delinquent-looking leader of class 1-B, also shows up earlier to do some vaguely antagonistic things.

In that context, the Horikita-focused rewrites come across as misguided. It didn’t help that the character she replaced in the pool episode skyrocketed in popularity around the time the anime started airing, thanks to some killer scenes in the books. Perhaps because of this unfortunate timing, the backlash was especially vocal.

Ayanokoji is a Less Interesting Character 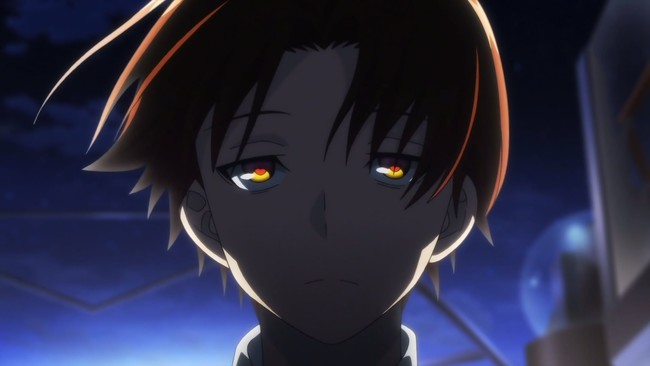 The other major difference between the anime and light novels lies in the presentation: how protagonist Kiyotaka Ayanokoji comes across on screen. He’s a mysterious fellow, something which is hinted at from the very beginning of both the books and the anime, when the story kicks off with a philosophical monologue about the nature of equality. The books, however, express the depths of his character by writing him as an unreliable narrator.

For the first few volumes, Ayanokoji is mainly concerned with not standing out too much and making friends with the other boys in his class. His internal thoughts portray him as someone who is genuine about this. It is only as the story unfolds that he is forced to play his hand. Even then, he tries to maintain an air of nonchalance around his stratagems, which makes the hints of his twisted side all the more striking. In other words, his desire to downplay himself is inextricable from his actions and motivations.

On the other hand, the anime visually portrays Ayanokoji as isolated, disinterested, and detached. He and Horikita feel like peas in a pod in this sense. His blank, almost soulless-looking eyes are a prominent aspect of his physical appearance in every scene. When his sociopathic side emerges, there’s no real “aha!” moment because there’s no one else you can imagine him being.

It makes sense to use cinematic shorthand to convey that there’s something “off” about Ayanokoji straight off the bat. TV and novels are different mediums, after all, and it would be tedious to include all of his internal thoughts. Nor is there any guarantee that a viewer would have the patience to watch a character who is seemingly unremarkable in this cast of larger-than-life personalities.

At the same time, the fun of Classroom of the Elite lies in the ambiguities around Ayanokoji’s character, as the reader finds themselves questioning the limited amount of information he provides about himself, and the filter of his perspective in general. Once again, the adaptation changes aren’t game-breaking, but they do dilute some of the appeal of the narrative.

How Much Should These Changes Matter to Anime-Only Viewers? 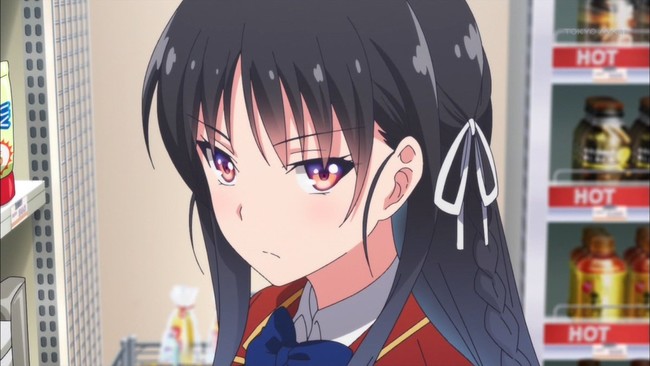 Ultimately, I would say that anime-only viewers should be fine jumping into the second season. Even after taking into consideration the scenes which caused the biggest backlash among light novel readers, you haven’t missed anything major by only watching the anime. Personally, when I first watched the anime, I found it to be a fun experience that hinted at some interesting themes.

That said, if the anime piqued your interest in the light novels, I highly recommend that you read them from the beginning. The use of foreshadowing and perspective make them interesting to read as novels in their own right, rather than just “the more complete version of what you saw in the anime.” There is a reason why the light novels have consistently topped sales charts for years after the anime first aired, despite its lackluster reputation at the time among core fans of the series.

(This might be a good time to plug my literary analysis of the first two volumes—it’s a good series from the start!)

For those curious about the full extent of the adaptation changes, you can find a more comprehensive breakdown on the fan wiki. Be wary of spoilers, however. Also, it’s worth keeping in mind that the biggest difference between the light novels and anime is in how the story is delivered to the audience, rather than necessarily the individual plot beats.

In the end, regardless of which medium you choose to invest in, I’m glad that the anime’s production committee saw the potential in this series rather than leaving it as a one-and-done single cour affair. With the series composition role changing hands, one can also infer that the committee has heard the backlash and is being more careful with the script this time around. It might be a bit much to expect something that fully captures the appeal of the books, but I’m confident that the anime adaptation will get its redemption arc. I’m looking forward to seasons 2 and 3!