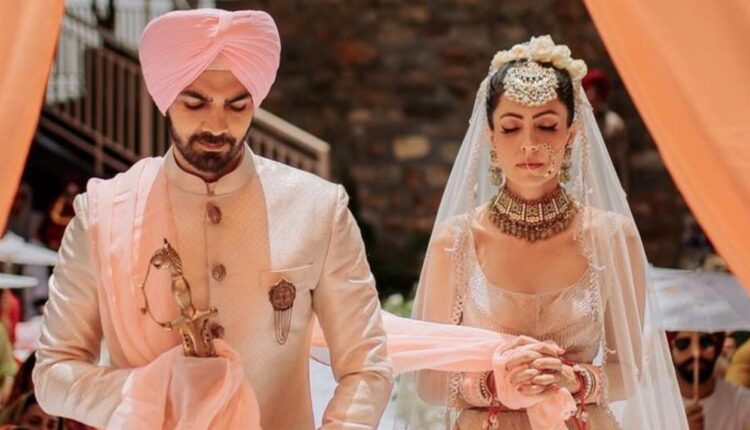 Udaariyaan fame Karan V Grover and his longtime girlfriend Poppy Jabbal have tied the knot. The couple was dating for the last 10 years. Karan and Poppy both shared some beautiful pictures from their wedding on social media and confirmed the news.

Both Karan and Poppy were dressed in all white and were stunning in it. While Karan wore a white sherwani and pink turban, his bride Poppy wore a gorgeous white lehenga.

Karan and Poppy tied the knot in Himachal Pradesh. The wedding was a hush-hush affair attended on by the close loved ones. Karan and Poppy’s close friends like Shama Sikander, her husband James Milliron, Sonnalli Seygall and Raai Laxmi were present at the wedding.

For the unversed, Karan and Poppy first met in a car parking area and later they met again through some common friends and soon started dating.

We wish the couple a happy married life.