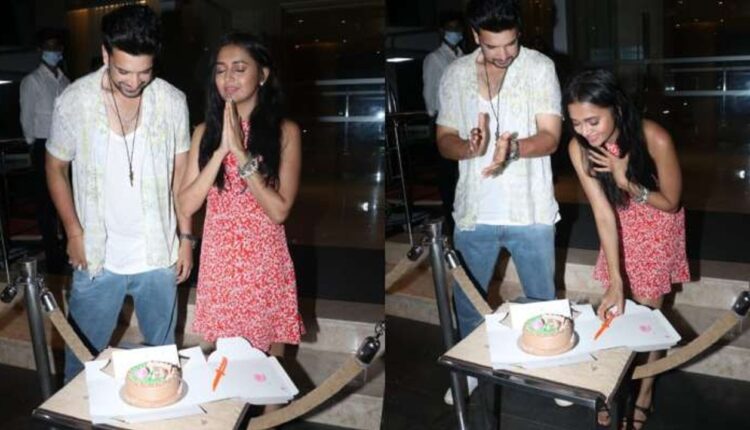 Tejasswi Prakash is in Goa with beau Karan Kundrra. Tejasswi and Karan who planned to celebrate her birthday in a Goa were surprised to know that paps were following them in Goa as well. The paps had one more surprise for the actress as they brought a special birthday cake for Tejasswi.

Tejasswi cut the cake at midnight while beau Karan and te paps were cheering for her. This was Tejasswi’s first birthday with Karan as her boyfriend. Later, the couple went on a bike ride where they were papped again.

For the unversed, Tejasswi and Karan fell in love with each other during their stint in Bigg Boss 15. They have been going strong ever since. No matter how busy they are, they always manage to spend some quality time together.

On the professional front, Tejasswi who is essaying the titular role in Naagin 6 will share screen space with Karan in Dance Deewane Juniors.