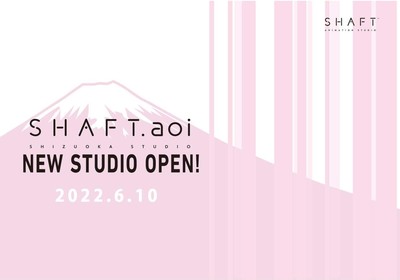 Anime studio SHAFT announced on Friday that it has established a new studio named SHAFT Aoi in Shizuoka city’s Aoi ward. The new studio will focus on a hybrid of traditional as well as 3D CG work. The studio will be a full studio that will be capable of everything from in-betweening to finishing.

The studio will center on using the Toon Boom Harmony software for its animation work.

SHAFT was established in 1975. The studio is notably associated with director Akiyuki Simbo‘s work. Simbo, alongside Shin Oonuma and Tatsuya Oishi, was critical to establishing the studio’s house style, persisting to various degrees even among the studio’s other directors. The studio is particularly known for such anime as Puella Magi Madoka Magica, the Monogatari series, and March comes in like a lion. The studio has most recently worked on such anime as Pretty Boy Detective Club and Assault Lily Bouquet, and is also working on the upcoming RWBY: Ice Queendom anime.