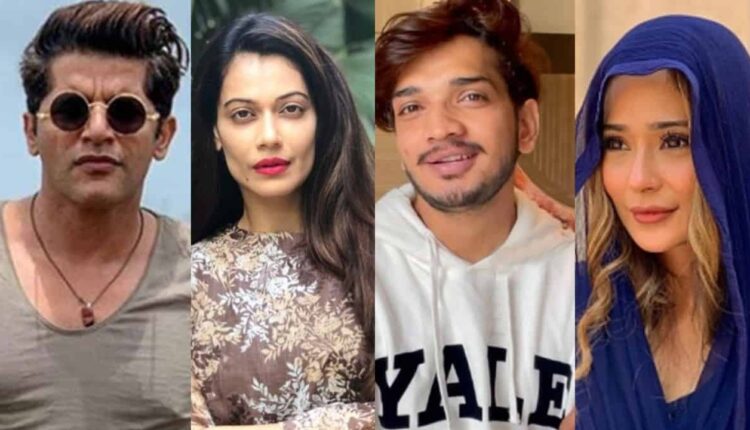 Karanvir Bohra had his fair share of fights and arguments during his stint in Lock Upp. Karanvir has now decided to let bygones be bygones.

The actor and his wife Teejay Sidhu recently invited the ‘Lock Upp’ gang to come over and dine with them.
It was their building’s party but the couple thought why not invite the ‘Lock Upp’ gang over whom the building residents are apparently quite fond of.

Karanvir also called Munawar Faruqui with whom he had some real rough moments but he was not available for the party as he was in Dubai then. “I would have definitely come if I was in India,” he told Karanvir.

Along with participants from Lock Upp, celebs like Lucky Gupta, Rai Laxmi, Balaji CEO Zulfiqar Khan, Rajiv Laxman with Susan, and Helly Shah had a gala time at the party.