Fullmetal Alchemist: Brotherhood has cemented its status as one of the most beloved and well-known anime fantasy epics to date, and the evocative music that accompanies its memorable scenes is undoubtedly an essential component of that success. With all 11 soundtracks across the Fullmetal Alchemist franchise now made available for the first time outside Japan, Anime News Network had the opportunity to talk to Fullmetal Alchemist: Brotherhood‘s composer Akira Senju about the process behind creating the soundtrack to the massively popular anime series. 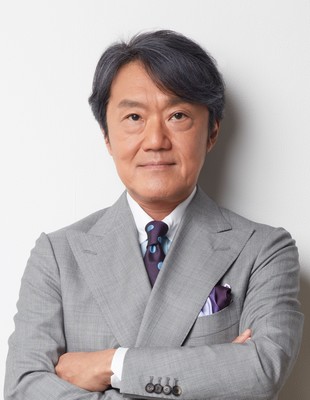 ANN: Looking back on your work on Fullmetal Alchemist: Brotherhood, which songs stand out to you most?

AKIRA SENJU: ”Main Theme -The Alchemist” is really the cover for the entirety of this work. Another one of those main themes is “T.B.C.” “Nightfall in Central City” is a song that can be the main theme for justice and peace, and it’s a song that gives listeners a momentary peace of mind. ”Trisha’s Lullaby” and “Lapis Philosophy -Chant” are two songs that are loved by people all over the world and have been performed by many choirs. In the theme of the second half of “Beyond the Walls,” I expressed my best wishes to these brothers.

Fullmetal Alchemist was adapted to anime before, so did you try to make a similar or different soundtrack to the previous series? If different, how did you try to make it different? If there are similarities, what was it specifically that you wanted to keep from the past series’ music?

I didn’t listen to any of the previous works to avoid having any sort of preconceived notions, nor did I end up really referencing them in my music. Instead, I carefully read the original work and created music that flowed through the story from scratch. It was a thrilling experience, especially towards the second half, as the original story was written at the same time as the animation, which was a new experience for me.

Have you read the original manga? What’s your impression of it?

The series was still being released alongside the anime, so I watched the anime at the same time as both the original manga and the ongoing manga series release. I would buy the latest releases not only in the original Japanese but also the French, Spanish and English versions from the places I visited while working. I couldn’t take my eyes off the developing plot for the same reasons as your readers. 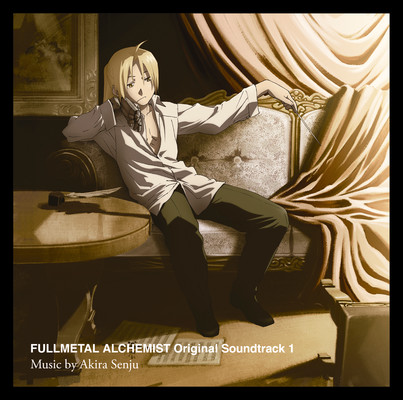 Are there any particular anecdotes you can recall from the time you created this soundtrack?

The first time we recorded with Warsaw Philharmonic, one of the orchestra members was a fan of Fullmetal Alchemist and very understanding of our role in the project, which was really different from my previous European recording sessions (for other projects). I was convinced that this was a work that would go global.

You’ve been working for various projects like TV dramas, TV varieties, and so on. What are you conscious of when making a soundtrack for anime, especially a fantasy work?

I believe that music expresses the unseen qualities and emotions of a work. It is the lifeblood of the work, so to speak. For fantasy works, I try to use my imagination more and more to make them more realistic. I try to go beyond realism to express a fantasy world that has never existed before, using all different genres of music. 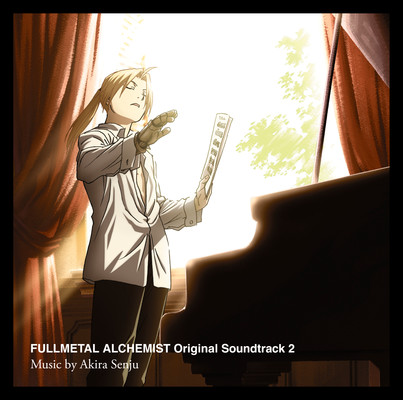 Which track do you typically start with when creating? Is there a specific order you tend to follow? Which track took the most time to create? Is there a track you created and finished surprisingly quickly?

Animated series need a lot of music. The composers need a lot of different outlets. The reason why it takes much longer than live-action is because there is no background noise – all of the sounds have to be created. The role of music becomes more and more important. So I first think of a few core themes that are central to the nature of the story, and then I work around them in a medium that doesn’t get in the way of each theme.

“Lurking,” “Nocturne of Amestris-Duet,” and “Trisha’s Lullaby” immediately come to mind as easily created. The hardest part was to come up with more complex compositions for the battle scenes and for Masafumi Mima, the Sound Director – songs like ”Versus Homunculus,” “Battle Scherzo,” “Knives and Shadows,” ”Envy Revealed,” ”Next Chapter” etc. I was particularly conscious of the history of “alchemy” and the European musical worldview in this work, and I was conscious of the European spirit in modern and contemporary times for serious situations.

What inspired the prominent use of choirs in the main theme?

As the oldest musical medium known to mankind, choral music, to me, is the most expressive. Their range of expression is more expansive, able to express themes like destiny, love, and religious worldviews. The Warsaw Philharmonic Choir is a great group as they have the spirit, the ability, and the power to expand my range of expression. I was eager to have them join me to help in this portrayal of the human condition and life. 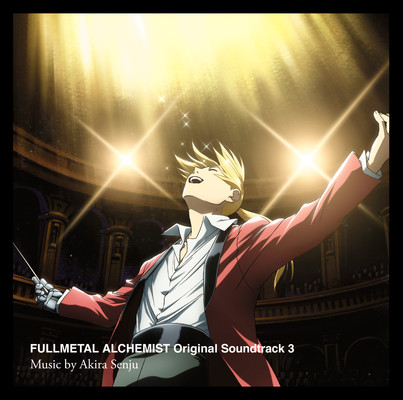 Fullmetal Alchemist was produced in 2009-2010, and Triangle Strategy was produced in 2020-2021. I was conscious of the inner spirit of the two works, which are like brothers, and the outer sound was further evolved and brushed up.

Do you have any comments for your overseas fans?