Decades ago, director Hayao Miyazaki was inspired to create My Neighbor Totoro from his memories of the Tokorozawa area in the Saitama Prefecture. He is now lending his personal support to the city as it embarks on an ambitious plan to preserve the forests as an “Urban Green Park.”

Tokorozawa mayor Masato Fujimoto announced last Thursday that the city would spend 1.8 billion yen (US$13.4 million), which will involve buying back 3.5 hectares from landowners. Miyazaki will be involved as a core member of the resident group, and is donating 300 million yen (US$2.23 million) out of pocket. The project needs a total of 2.6 billion yen (US$19.4 million).

Studio Ghibli is also assisting with fundraising. The studio will launch a crowdfunding campaign in September selling 1,000 sets of reproduced background art from My Neighbor Totoro. A single set of five framed art pieces will cost 25,000 yen (US$186). The city will consider issuing a second or third batch depending on the demand. 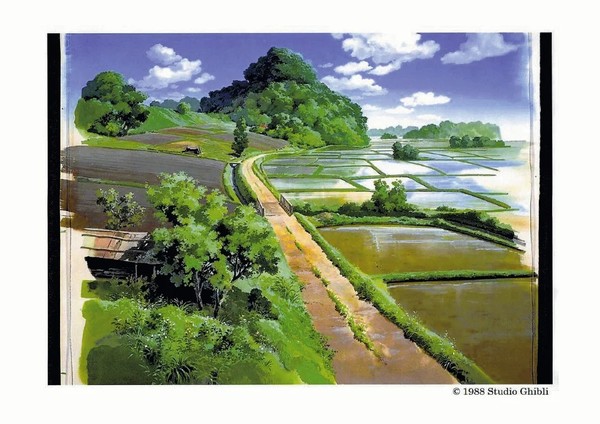 The area, known affectionately among residents as “Kaminoyama,” has preserved around 7,000 trees. It is situated near the Fuchi no Mori park, known by many as “Totoro’s Forest.” It is part of the city’s 27.2 hectare land readjustment project, which launched in 2020.

Fujimoto said that the inspiration for the initiative came in January 2018, when he and Miyazaki took a walk around the local area. Miyazaki told him, “This is the landscape that gave birth to Totoro. It’s because of this landscape that I live near here.” Fujimoto also said that he wanted the citizens to be able to participate in the project in the form of crowdfunding instead of leaving the matter entirely to the city.

In the past, Miyazaki has personally volunteered in cleanup efforts around the forest and donated to preservation efforts.

Tokorozawa city erected a My Neighbor Totoro monument in 2020. Kadokawa opened its interactive anime concept hotel “EJ Anime Hotel” in Tokorozawa in October the same year. The hotel is part of the Tokorozawa Sakura Town facility, which itself is part of Kadokawa and Tokorozawa City’s collaboration project “Cool Japan Forest Vision.” The purpose is to draw foreign visitors to the often neglected Saitama area.