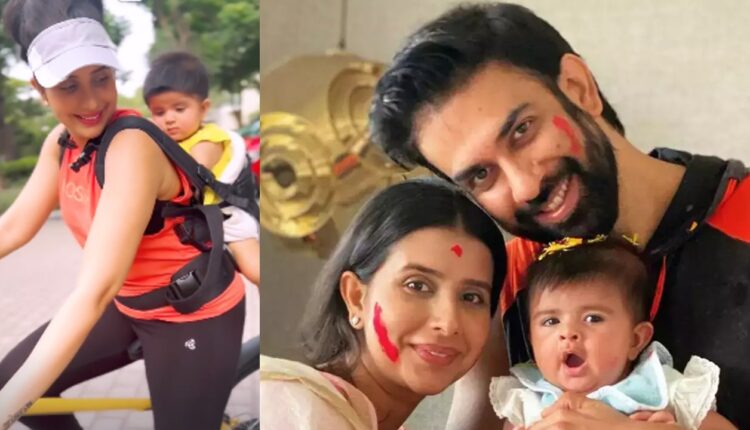 Charu Asopa recently shared a video on her social media account where she can be seen riding a cycle with her daughter Ziana tied to her back. The actress got massively trolled where the users are calling her ‘careless’ and ‘crazy’ for not taking the necessary precautions.

The Mere Angne Mein actress shared the video, captioned as, “First ride together on our rock rider.”

Charu can be seen cycling as she carries her daughter Ziana in a baby carrier on her back. While many dropped hearts in the comment section, some trolled her for putting her baby at risk.

A user wrote, “Put a helmet on, u must be crazy to ride a bicycle without a helmet on urself and baby. If u have an imbalance and fall on concrete u are in trouble but u risking baby too. Dont u guys use some commonsense or just involved in making videos for channels…”