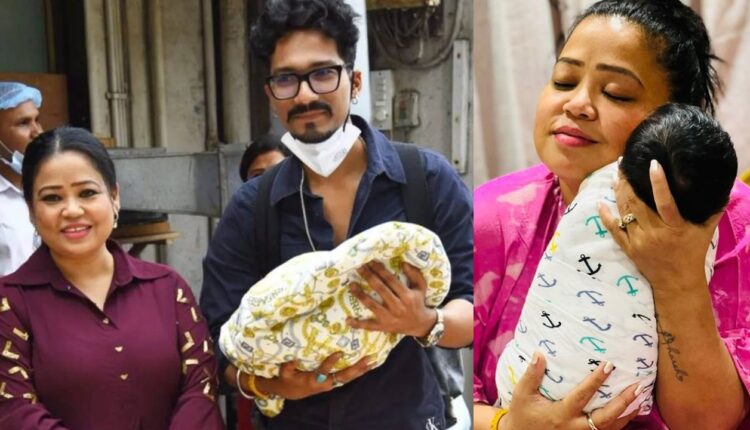 Popular comedians and host Bharti Singh and Haarsh Limbachiyaa who became parents on 3 April 2022 named their child Gola. Bharti shared a glimpse of her life through her vlog, where she shared a video of getting discharged from the hospital and welcoming their baby boy home. Bharti revealed that they are calling him ‘Gola’.

Now during a recent interview, Bharti revealed that they have named their baby Laksh. She also shared that Laksh is used to seeing his mom and dad working. Laksh was also working when he was in his mother’s tummy, she said.

For the unversed, Bharti and Harsh met on the sets of Comedy Circus. They started dating each other in 2011 and then got married in 2017. A few days back, the couple had taken their son on his first flight to Goa. Interestingly Haarsh and Bharti were married in Goa in 2017.

Well, we are sure Gola will be elated to be called Laksh from now onwards. At least in the school.